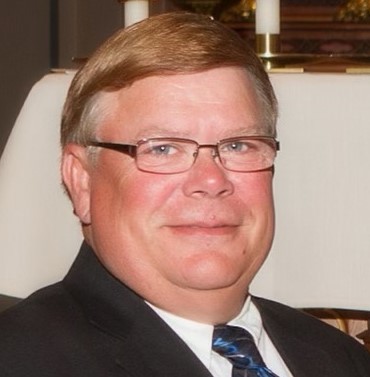 A 1974 graduate of Fort Loramie High School, Mr. Albers was retired from Crown Equipment in New Bremen where he had been employed 30 years. He was a member of St. Michael Catholic Church, St. Denis Knights of Columbus, Fort Loramie Sons of American Legion, the Newport Sportsmans Club, Minster Fraternal Order of Eagles, Lake Loramie Improvement Association and the Celina Moose Lodge. In his leisure time Buck enjoyed spending time with his grandchildren, family and friends. He loved to go camping, travel, and especially fishing.

Mass of Christian Burial will be celebrated 10:30 AM, Friday, March 12, 2021, at Sts. Peter & Paul Church in Newport with Rev. Steven Shoup presiding. Interment will follow at St. Michael Cemetery in Fort Loramie. Friends may call Thursday 3:00 to 8:00 PM and Friday 9:00 to 10:00 AM at Gehret Funeral Home in Fort Loramie. Use of face masks and social distancing are encouraged at all funeral rites. Memorials in Buck’s memory may be made to charities of choice. Private condolences may be expressed at gehretfuneralhome.com.