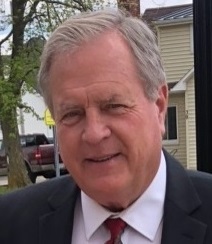 Mr. Siegel was a 1976 graduate of Fort Loramie High School and had been owner and operator of Mark Siegel Trucking since 1983. He was a former owner/operator of Five Star Truck Wash and Exit 99 Engine Rebuilders. He was a self-taught diesel mechanic and also enjoyed some time working in construction. He was a past member of St. Michael Catholic Church and belonged to White Oak Lake and Newport Sportsman's Club. Through the years, Mark enjoyed being with family and friends, riding motorcycles, enjoying muscle cars, flying his Cessna 182, and spending time at Grand Lake St. Marys with his children and grandchildren. Mark was a friend to everyone he met and was never one to say “no” to someone in need. He truly enjoyed his recent years of driving truck again and connecting with people far and wide.

Mass of Christian Burial will be celebrated 10:30 AM, Monday, November 28, 2022, at St. Michael Church in Fort Loramie with Rev. Stephen Mondiek presiding. Interment will follow at St. Michael Cemetery. Friends may call Sunday 3:00 to 7:00 PM and Monday 9:00 to 10:00 AM at Gehret Funeral Home in Fort Loramie. Memorials may be made to the Fort Loramie Fire Department or charities of choice. Private condolences may be expressed at www.gehretfuneralhome.com