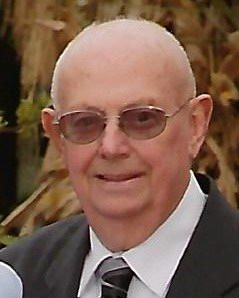 Mr. Utz served in the US Marine Corps during the Korean War. A machinist / tool maker, Jim was retired from E & E Machine in Sidney before owning and operating Midway Machine & Tool from his residence until fully retiring in 2015. Years ago, Jim had been employed at Wayne Trail in Fort Loramie. He was a member of St. Michael Catholic Church, the Fort Loramie American Legion and Newport Sportsman Club. In his leisure, Jim enjoyed fishing and interacting with his family. To them he was known as "Super Man" because he was handy to fix anything.

Mass of Christian Burial will be celebrated 10:30 AM, Thursday, August 6, 2020, at St. Michael Church in Fort Loramie with Rev. Steven Shoup presiding. Interment will follow at St. Michael Cemetery. Friends may call Wednesday 4:00 to 7:00 PM and Thursday 9:00 to 10:00 AM at Gehret Funeral Home in Fort Loramie. Social distancing will be in practice at all funeral rites. Memorials may be made to CHP Home Care & Hospice or charities of choice. Private condolences may be expressed at www.gehretfuneralhome.com.