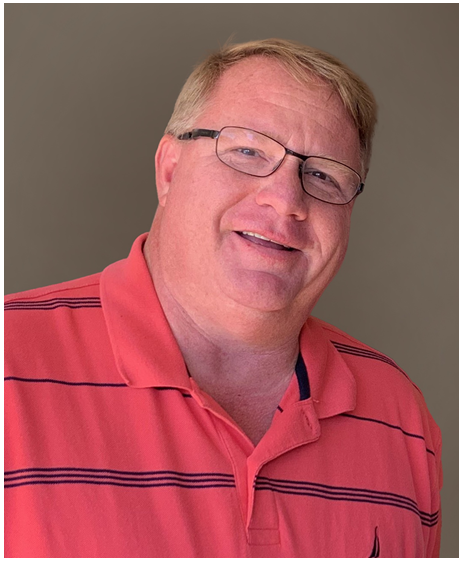 Age 52, of Springfield, Ohio, passed away unexpectedly of natural causes at his residence late Sunday afternoon, November 15, 2020. He was born April 23, 1968, in Coldwater, Ohio, to Paul & Bernice (Fullenkamp) Gehret of North Star. Ivan is survived by his loving wife of 26 years, DeAnna (Lewis) Gehret and his children of whom he was extremely proud, Mitchell, David and Ellie Gehret. Also surviving are six siblings: Joan Gehret of North Star, Doris & Tom Muhlenkamp of Ft. Recovery, Andy & Tia Gehret, Dan & Amy Gehret, Rick Gehret, all of North Star and Gary & Jill Gehret of Yorkshire; father and mother-in law, Dave and Eloise Lewis of Oak Hill; brothers & sisters-in-law, Todd & Crista Lewis of West Liberty and Kelli & Jeff Decker of Hilliard along with numerous loving nieces, nephews, aunts, uncles and cousins. He was preceded in death by one sister-in-law, April Lewis.

Mr. Gehret was a 1986 graduate of Versailles High School and a 1990 graduate of Ohio Northern University before earning his master's degree in education from the University of Dayton. He was a committed and dedicated educator. Ivan spent 22 years serving the Tecumseh Local School District, beginning as a middle school Industrial Technology teacher and most recently as assistant superintendent. Throughout his career, Ivan was passionate about his students and always put them first. He was loyal to the district and took special pride in being an Arrow. Ivan attended St. Raphael Catholic Church and the Home Road Nazarene Church in Springfield. He was also a member of the Olive Branch Preservation Society. He was President Elect of the New Carlisle Rotary Club and an honorary member of the Tecumseh FFA. He routinely supported the community by volunteering with the Second Harvest Food Bank and promoted many other initiatives to strengthen the school district and the community. Ivan loved spending time with his family, especially on long road trips throughout the United States.

A private Mass of Christian Burial will be celebrated at St. Louis Catholic Church in North Star with Rev. David Howard presiding. Interment will follow at St. Louis Cemetery. A celebration of life for extended family, friends and colleagues will be held at a future date in Springfield. In lieu of flowers, the family requests donations be forwarded to the Tecumseh Education Foundation at P.O. Box 305, New Carlisle, Ohio 45344. The established Ivan Gehret Scholarship Fund will support graduating Tecumseh High School seniors. Private condolences may be expressed at www.gehretfuneralhome.com