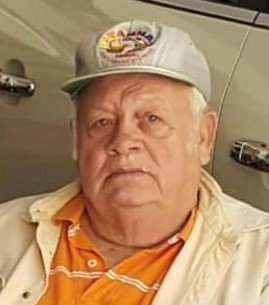 Age 84 of S. Main Street, Union (formerly of Fort Loramie), on the evening of October 21, 2020, picked up his hammer and went home, from the Miami Valley Hospital in Dayton, Ohio. He was born August 4, 1936, in McCartyville, Ohio, to the late Anthony & Elizabeth (Seigel) Geise.

Fred and Norma parted ways but remained friends until her death in 2002.

He then married Charlotte Fisher Geise and was step father to Charlene (Terry) Brown of Englewood, Joyce Johnson of Tazewell, Tennessee and Kristina (Lonnie) Honsted of Nashville, Tennessee.

Fred attended Sherman School (corner of Barhorst Road and State Route 705) and then entered the workforce. During his life, Fred worked at different places ...he farmed, worked at NCR, Stolle’s, Meyer’s Garage but when he retired at age 55 from Inland in Vandalia, he and Charlotte began flipping houses. He enjoyed the best things in life, his family and friends ...he sure loved visiting!!! He was not only husband, Dad & Grandpa, he was beloved uncle, Mr. Fix It (as long as he had duct tape!) and Champion Storyteller! “And with his final heartbeat, kissed the world good bye, and went in peace to laugh on glory’s side!” ~Chris Rice~

Mass of Christian burial will be celebrated 10:30 AM Wednesday, October 28, 2020, at St. Michael Catholic Church in Fort Loramie with Rev. Steven Shoup presiding. Burial will follow at the church cemetery. Friends may call Tuesday evening from 3:00 to 7:00 PM and Wednesday morning from 9:00 to 10:00 AM at Gehret Funeral Home in Fort Loramie. Please wear a mask and practice social distancing at all funeral rites. Memorial Contributions may be made to Habitat for Humanity or the American Heart Association. Private condolences may be expressed at www.gehretfuneralhome.com.