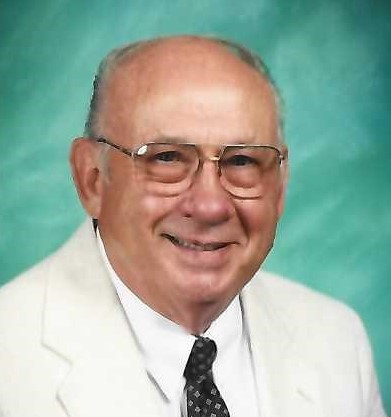 A 1951 graduate of Fort Loramie High School, Gene then served two years in the US Army during the Korean War. He took part in "Operation Glory" at his post with railway security. Gene retired in 1995 from the Minster Machine Co. where he had been employed 40 years. He was a member of St. Michael Catholic Church, the Fort Loramie American Legion Post #355, Fort Loramie Racing Club and the Fort Loramie Athletic Boosters. Years ago, he served on the Village of Fort Loramie Board of Public Affairs and Village Water Board. Gene had been an avid reader. He also enjoyed following his family's sports activities, traveling and morning coffee with his friends.

Mass of Christian Burial will be celebrated 10:30 AM, Friday, September 24, 2021, at St. Michael Church in Fort Loramie with Rev. Steven Shoup presiding. Interment will follow at St. Michael Cemetery. Friends may call Thursday 4:00 to 7:00 PM and Friday 9:00 to 10:00 AM at Gehret Funeral Home in Fort Loramie. Memorials may be made to the Fort Loramie Rescue Squad or Grand Lake Hospice. Private condolences may be expressed at www.gehretfuneralhome.com. The Rethman family would like to extend their sincere appreciation to Grand Lake Hospice and the caregivers, staff and residents of Elmwood Assisted Living of New Bremen for their dad's care, support and friendship.