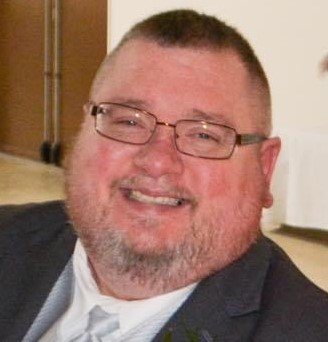 Mr. Barhorst was a 1981 graduate of Fort Loramie High School. He later went on to complete Ohio Basic Police Academy Training in 1983. Eric retired in 2015 from freelance investigator work. He had previously been Chief of Police in Lakeview and had also served in other village departments such as Anna and Minster. Additionally, over the years, Eric did security work at local factories, was employed at John's Muffler and Tire Store in Sidney and drove a ready-mix truck for Spring Creek Corp. in New Bremen. He was a member of St. Mary of the Woods Catholic Church in Russells Point and was set to begin his third term on the Village of Lakeview city council. Eric was an avid NASCAR fan. He also enjoyed spending time with his grandchildren.

Mass of Christian Burial will be celebrated 10:30 AM, Friday, August 20, 2021, at St. Michael Catholic Church in Fort Loramie with Rev. Steven Shoup presiding. Interment will follow at St. Michael Cemetery. Friends may call Thursday 3:00 to 7:00 PM and Friday 9:00 to 10:00 AM at Gehret Funeral Home in Fort Loramie. Memorials may be made to the local Kidney Foundation or charities of choice. Private condolences may be expressed at www.gehretfuneralhome.com.