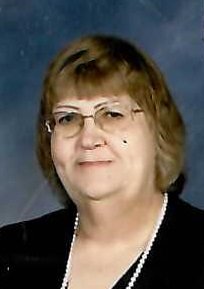 Dolores was a 1968 graduate of Indian Lake High School. She obtained LPN credentials from St. Rita's School of Nursing in Lima and an associate degree in business studies at Edison State Community College in Piqua. She was retired from the Shelby County Health Department. Over the years, she had also been employed at Lima Memorial Hospital, Wilson Health Hospital, Heartland of Piqua and Plastipak of Jackson Center. Dolores was a member of St. Michael Catholic Church and a former member of Sacred Heart of Jesus Church. She belonged to St. Ann's Ladies Sodality and many years ago, taught CCD at St. Mary of the Woods Parish. Dolores was a past “McCartyville Producers” 4-H adviser and had been a four-county director of the State Porkettes. In her leisure, Dolores enjoyed building puzzles, cooking, gardening and playing cards.

Mass of Christian Burial will be celebrated 10:30 AM, Friday, January 13, 2023, at St. Michael Church in Fort Loramie with Rev. Aaron Hess presiding. Interment will follow at Sacred Heart of Jesus Cemetery in McCartyville. Family and friends may call Thursday 4:00 to 7:00 PM and Friday 9:00 to 10:00 AM at Gehret Funeral Home in Fort Loramie. Memorials may be made to the American Heart Association, Shelby County Relay for Life or Shelby County Right to Life. Private condolences may be expressed at www.gehretfuneralhome.com.