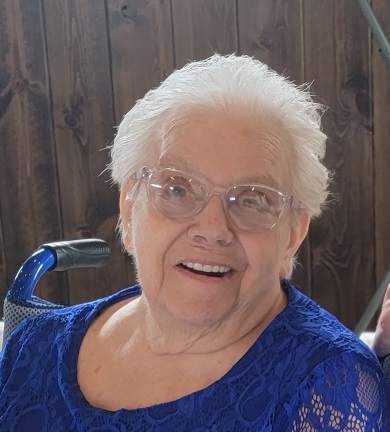 Delores was a 1959 graduate of New Knoxville High School. Dedicated to her family, she had primarily been a homemaker. Over the years, she also worked at The Crossing Tavern in Botkins and had been part owner of Brucken’s Restaurant in Fort Loramie. She was a member of Immaculate Conception Catholic Church. Dolly was an avid reader. She also enjoyed playing cards and fishing.

Mass of Christian Burial will be celebrated 10:30 AM, Tuesday, January 24, 2023, at Immaculate Conception Church in Botkins with Rev. Michael Willig presiding. Interment will follow at Immaculate Conception Cemetery. Family and friends may call Monday 3:00 to 7:00 PM and Tuesday 9:00 to 9:30 AM at Gehret Funeral Home in Fort Loramie. Memorials may be made to Fort Loramie or Botkins Rescue and Fire Departments. Private condolences may be expressed at www.gehretfuneralhome.com.