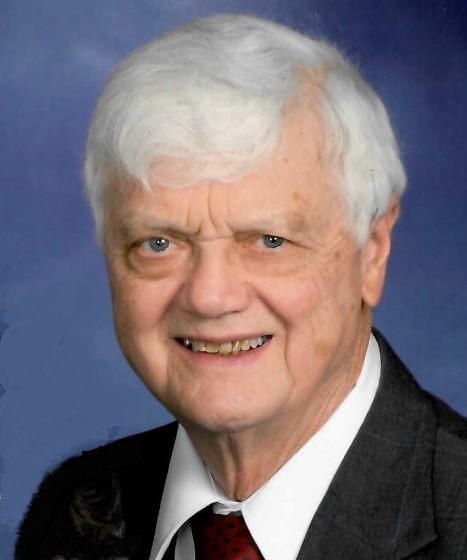 Dave was a 1955 graduate of Doylestown High School and a 1959 graduate of the University of Dayton where he studied mechanical engineering. He worked for D.P.& L, and then in 1976, Ferguson Construction in Sidney. His most recent job was with Miami County working from home as a Plan Examiner for state approval. Dave was a member of St. Augustine Catholic Church in Minster and a past-longtime member of Holy Angels Catholic Church in Sidney.

Dave's love for the Lord, was his priority his entire life. Daily he read the bible, prayed his Rosary, and attended Mass almost without exception since 1976. He was anointed, received Holy Eucharist, and the Apostolic pardon before he died. He loved being married to Mary for 60 years and enjoyed hugs from his children when he came home for lunch. Dave delighted in each of his children, spending evenings and weekends with them, playing games, especially cards, bike riding, hiking on Sundays and camping during the summer. He also enjoyed fishing with them at Lake Loramie, hunting with friends, and playing bridge at the Senior Center in Sidney. He was full of joy when he was with his sons, daughters, their spouses and grandchildren, playing lots of German board games, euchre and pinochle cards, always laughing and having fun. Dave had a wonderful sense of humor, to keep his family lighthearted. He was an incredible husband, father, and grandfather who lived his Catholic faith to the fullest.

Mass of Christian Burial will be celebrated 10:00 AM, Tuesday, January 4, 2022, at St. Augustine Catholic Church in Minster with Rev. Nathan Cromly presiding. Interment will follow at St. Augustine Cemetery. Friends may call Monday 4:00 to 7:00 PM and Tuesday 8:30 to 9:30 AM at Gehret Funeral Home in Fort Loramie. In place of flowers, please consider donations to help Fr.Nathan Cromly’s incredible ministry - the Saint John Institute. Fr. Nathan Cromly, who has been instrumental with the Mothers' Retreat ministry at Maria Stein for 20 years, could really use donations for his vibrant Young Adult and Business Leaders ministry. Please visit www.saintjohninstitute.org. Private condolences may be expressed at www.gehretfuneralhome.com.