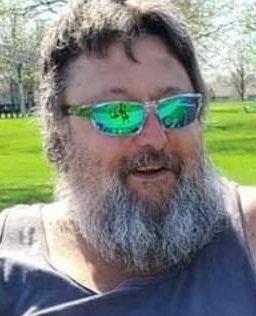 Mr. Mathis was a 1974 graduate of Sidney High School. He had been an adult daycare driver for Fair Haven Shelby County Home as well as employed at the former Gateway Supply in Sidney. Dale "Dalebob" loved spending time with his children and grandchildren. He also enjoyed being outdoors, especially fishing and camping. Being an avid sports fan, favoring Ohio State, the Bengals and NASCAR, it wouldn't be unusual for him to be watching three tv's of football at the same time.

A memorial service will be held at 11:00 AM, Tuesday, November 1, 2022, at Gehret Funeral Home in Fort Loramie with Pastor Doug Thobe presiding. Family and friends may call Tuesday from 9:00 to 11:00 AM at the funeral home. Memorials may be made to charities of choice. Private condolences may be expressed at www.gehretfuneralhome.com.