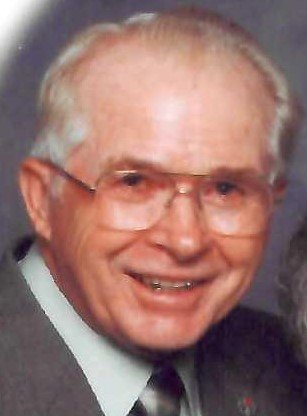 Mr. Thieman was a 1949 graduate of St. Henry High School and a US Army Veteran of the Korean War. In 1997 he retired from the Thieman Machine Company where he was owner and operator since its founding in 1967. He had also been engaged in farming. Cletus was a member of St. Augustine Catholic Church where he served as an usher for many years. He was also active in the Precious Blood Companions. Cletus was a life member and past commander of the Maria Stein American Legion Post #571 as well as a past officer and State President of the former Catholic Knights of America and treasurer of Minster Boy Scout Troop #44.

Cletus was mechanically inclined; he enjoyed the challenge of fixing things and was intrigued to experiment with new ideas. In his leisure, he enjoyed an occasional game of golf and over the years he especially enjoyed traveling to spectacular destinations with his wife Sally.

A public Mass of Christian Burial will be celebrated 10:00 AM, Tuesday, September 1, 2020, at St. Augustine Church in Minster with Rev. Frankline Rayappa presiding. Interment will follow at St. Augustine Cemetery with military honors by the Maria Stein Legion firing squad. Social distancing and masks will be required at all funeral rites. Additionally, the funeral mass will be live-streamed for remote viewing on the church YouTube channel. Memorials may be made to Missionaries of the Precious Blood or the Maria Stein Shrine of the Holy Relics. Private condolences may be expressed at www.gehretfuneralhome.com.