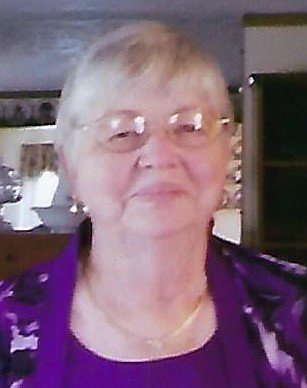 Age 92, of Stoker Road, Houston, passed away of natural causes Thursday morning, February 27, 2020, at Ohio Living Dorothy Love in Sidney, Ohio. She was born September 16, 1927, in Houston, Ohio, to the late George and Catherine (Pickering) Jones. On July 19, 1947, at Cheyenne, WY, Army Base, Betty married Donald Leist who preceded her in death on May 29, 2009. She is survived by one of three daughters and their spouses: Brenda & Roy Gibson of Sidney, Donna Jean (dec.) & Richard Stein of Medina and Patricia (dec.) & Ronald Pleiman of Piqua; six of seven grandchildren: Catrina Martin, Shelly & Mark Kemper, Nicole & Corey Gasson, Aaron & Elizabeth Pleiman, Richard Stein, Tracy & Lucas Fox and James Cotterman (dec.); sixteen great-grandchildren and two great-great-grandchildren; one brother, George Jones of Houston; sisters & brothers-in-law, Ruth Leist of Houston and Anna Mary & Omer Hayes of West Milton along with numerous nieces & nephews. She was preceded in death by one brother, Richard & Matilda Jones as well as sisters & brothers-in-law, Ollie Jones and John Leist.

Betty was a 1945 graduate of Houston High School and had been a dedicated farm wife and home maker. She was a life-long member of Houston Congregational Christian Church. She also belonged to the Ohio Farm Bureau and Houston Community Association where she helped with bingo and dances for many years. Betty has made countless afghans over the years and also enjoyed crocheting, solving crossword puzzles, and playing cards with her lady friends.

Funeral services will be 10:00 AM, Saturday, March 7, 2020, at Gehret Funeral Home in Fort Loramie with Pastor Kris Geise presiding. Interment will follow at Houston Cemetery. Friends may call Friday 4:00 to 7:00 PM at Gehret Funeral Home and Saturday from 9:00 AM until the hour of services. Memorials may be made to charities of choice. Private condolences may be expressed at www.gehretfuneralhome.com