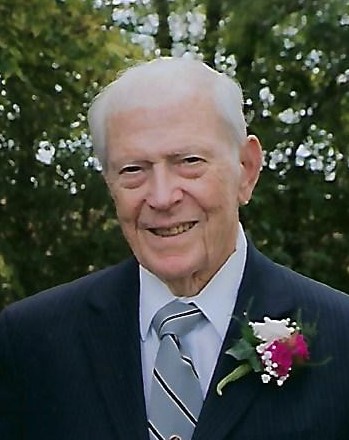 Mr. Arkenberg was a 1946 graduate of Fort Loramie High School. In 1986, he retired from the Goodyear Tire & Rubber Co. in St. Marys where he had been employed 40 years. He also detailed cars for Gaier's Chrysler-Dodge-Jeep in Fort Loramie and other local dealers for much of his working life. Ben was a devout member of St. Michael Catholic Church and often attended Holy Hour at the Maria Stein Shrine of Holy Relics. Years ago, he had been active in the St. Joseph Men's Sodality and Fort Loramie Racing Club. Ben was dedicated to his family, treasuring time spent with his grandchildren and great-grandchildren. He loved music and was an accomplished trumpeter. He also enjoyed boating, fishing, playing cards, and especially being outdoors grooming the yard.

A private graveside service will be held at St. Michael Cemetery in Fort Loramie with Rev. Steven Shoup presiding. A public Memorial Mass will be celebrated at St. Michael Church when COVID-19 social distancing requirements have been lifted. Memorials may be made to the St. Michael Church Building Fund or charities of choice. Private condolences may be expressed at www.gehretfuneralhome.com.